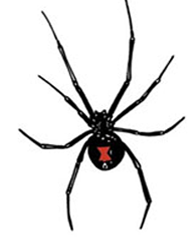 Small populations have been found in the Northeastern United States and Canada. Black Widow spiders are rarely found indoors—when they are, they are found in cluttered, seldom-used areas like garages and basements. Outdoors, they are found in wood piles, hollow trees, and abandoned structures.

Only the female is capable of delivering a toxic bite—the venom in Black Widow bites is a neurotoxin that produces symptoms within 3 to 48 hours. Symptoms are elevated blood pressure, increased body temperature, profuse sweating, and vomiting.

Bites are rarely fatal except in small children if treated. Anti-venom is available at doctor’s offices and emergency rooms. As always, if you are bitten by what you believe to be a venomous spider, attempt to capture it and bring it with you to the hospital to ensure correct diagnosis and anti-venom administration. 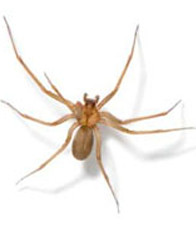 House spiders prefer humid conditions outdoors near the home. They avoid sunlight, rain, and wind during the day and feed at dusk. 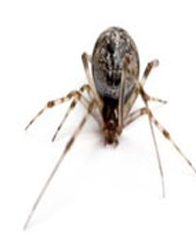 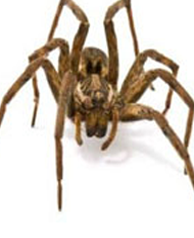